Sainsbury's has launched a new in store initiative to help customers with hidden disabilities. Shoppers will be able to pick up a sunflower lanyard at participating Sainsbury's stores, which will act as a discreet sign to alert staff to customer who may need additional help whilst shopping. The scheme, which is the first of its kind, was set up to help those with a number of disabilities such as autism, dementia, visual or hearing impairment. 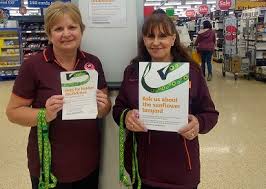 Sainsbury’s is the first supermarket to test this initiative, and was inspired by a similar scheme at Gatwick Airport where over 10,000 lanyards have been collected to date.

The lanyards themselves are free, and customers can keep them so they can wear them each time they come into store. 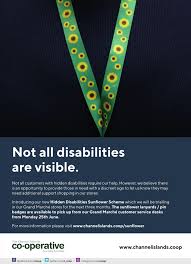 After a successful launch in Barnstaple, in North Devon, the retailer will roll out the scheme to a further nine stores across the UK.

Customers are already loving the scheme with one shopper telling Sainsbury’s, “I must say, it’s a great idea. This morning I did feel a bit stupid having to put on the lanyard and I told my husband I didn't want to wear it, but he encouraged me to." "I went to the petrol station first before going to the supermarket which I would never normally do on my own, but I found the lanyard gave me confidence as I knew people would help me. I'm partially sighted and have early onset dementia, so for me the lanyard is brilliant."