In what researchers are calling a game changer for future ataxia treatments, a new study showed the ability to turn down the disease progression of the most common dominantly inherited ataxia, Spinocerebellar ataxia type 3 (SCA3), also known as Machado-Joseph disease. 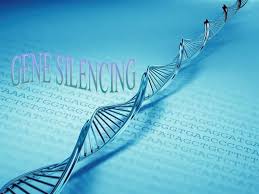 Spinocerebellar ataxia type 3 (SCA3) affects about one in 20,000 people. There's no disease-modifying therapy available, and patients slowly progress to an early death. A single gene mutation causes this neurodegenerative disease, making it an ideal target for a group of University of Michigan researchers.


For this preclinical study published in the Annals of Neurology, University of Michigan researchers employed nucleotide-based gene silencing to target the SCA3 disease gene, ATXN3. They greatly reduced levels of the mutant RNA coded by the gene in a mouse model of the disease without any toxic effects.


"Recent advances in antisense oligonucleotide technology provided us with a great opportunity for therapeutic targeting ," says co-first author Hayley McLoughlin, Ph.D., research investigator in the U-M Department of Neurology. "Although we still don't yet know the exact point of no return for this disease, we know how to turn things down before the disease burden accumulates to the point of detriment."


After two treatments, McLoughlin says the mouse model, which normally replicates similar disease motor phenotypes, is completely rescued. Importantly, it's the first time this animal model has been corrected through any therapy and is substantial proof-of-concept for future human clinical trial preparation.


"These encouraging results move us one step closer to disease-slowing therapy for this fatal disorder," says senior author Henry Paulson, M.D., Ph.D., a U-M professor of neurology and director of the Michigan Alzheimer's Disease Center. "They also offer hope that similar approaches might work for a number of brain diseases caused by the deleterious action of specific disease genes."


Next, the U-M team in collaboration with Ionis Pharmaceuticals will pursue final drug development with a new U01 grant from the National Institute of Neurological Disorders and Stroke, at the National Institutes of Health. The U01 CREATE Bio Optimization Track funds researchers' work on potential therapies with an end goal of nominating a clinical candidate.