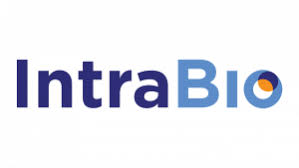 
IntraBio Inc., a late-stage biopharmaceutical company developing novel therapies for rare ("orphan") and common neurodegenerative diseases, announced that the US Food and Drug Administration has granted Orphan Drug Designation (ODD) to its lead compound series (IB1000s) for the treatment of Spinocerebellar Ataxias (SCAs).


IntraBio has previously been granted Orphan Medicinal Drug Designation from the European Commission for IB1000s for the treatment of Spinocerebellar Ataxias.


"IntraBio's efforts to pursue a treatment for Ataxia is direly needed by the Ataxia patient population," National Ataxia Foundation’s (NAF) Medical Director, Susan Perlman, MD, said. "The Orphan Drug Designation of the IntraBio lead compound series (IB1000s) will accelerate development of this agent, which has potential symptomatic and neuroprotective activity for SCA and other Central Nervous System disorders. NAF supports IntraBio's efforts to offer the Ataxia community a treatment option that may alleviate some of their life-altering symptoms."


IntraBio has evaluated the effect of IB1000s in compassionate-use studies in over 175 patients, forming the scientific basis for IB1000s to be further investigated for the treatment of 18 indications, including hereditary ataxia.

IntraBio is currently in the process of applying for multi-national clinical trials with its lead asset (IB1001) for the treatment of certain inherited Cerebellar Ataxias.