Biohaven Pharmaceutical Holding Company Ltd. (Biohaven) announced in a press release on May 15 that the U.S. Food and Drug Administration (FDA) has granted the company Fast Track Designation for Biohaven’s product candidate trigriluzole (BHV-4157) for the potential treatment of Spinocerebellar Ataxia (SCA).


Trigriluzole previously received Orphan Drug Designation from the FDA for the treatment of SCA in 2016. Biohaven is currently conducting a Phase 2/3 clinical trial in patients with SCA, with topline results expected in 2018. 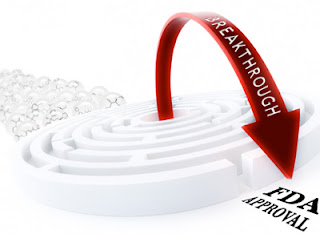 
Biohaven initiated a randomized clinical trial of trigriluzole in patients with SCA in December 2016. Target enrollment is approximately 120 patients, with topline results expected in the first quarter of 2018. The study is designed to evaluate the safety and efficacy of trigriluzole for acute symptomatic treatment in this patient population. We believe that, if successful, this Phase 2/3 clinical trial will be the only pivotal trial necessary to support regulatory approval in SCA.

“Given the severe nature of this disease and the inadequacy of palliative treatments for patients with SCA we are endeavoring to complete our study as soon as possible,” said Robert Berman, M.D., Chief Medical Officer at Biohaven.


As one of its Expedited Programs for Serious Conditions, the FDA grants Fast Track Designation to “facilitate the development and expedite the review of drugs to treat serious conditions and fill an unmet medical need” in order to make important new drugs available to patients earlier. According to the FDA, a drug that receives Fast Track Designation is eligible for some or all of the following: