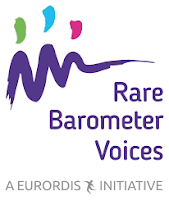 On March 16, 2016 I made a call to participate in the surveys of the "Rare Barometer Voices" a project of Eurordis, the European Organisation for Rare Diseases (see link at bottom of this article).

Through the surveys Eurordis get a better understanding of the problem of rare diseases and may, on the basis of figures influence the European Commission.

Already more than 2900 responses are gathered for the survey on the impact of rare disease on daily life! The Rare Barometer team is still gathering responses from the impact on daily life survey until end of February. The goal is to reach 3000 participants.

​
The preliminary results of the survey are currently analyzed.


Eurordis will inform the European Commission of these issues at the end of February through a report.