Biohaven reports that the efficacy of trigriluzole could not be proved in a 8 week trial.


Trigriluzole, a novel glutamate modulator, is a drug candidate being developed by Biohaven as a potential treatment for patients with SCA. 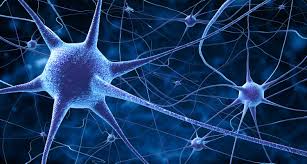 The study is a randomized, double-blind, placebo controlled, multi-center trial designed to compare the safety and efficacy of once-daily oral therapy with trigriluzole 140 mg versus placebo. 141 adult SCA patients were randomized. The study was conducted in 18 centers in the United States.


The primary efficacy endpoint of the trial is the change from baseline in patient scores on the Scale for the Assessment and Rating of Ataxia (SARA) after eight weeks of treatment. The SARA is an eight-item clinician-administered semi-qualitative performance-based assessment of cerebellar ataxia symptoms that measures impairment on a scale of zero to 40, with a higher score indicating more severe ataxia.


In this trial, trigriluzole did not differentiate from placebo on the primary endpoint of the mean change from baseline on the Scale for the Assessment and Rating of Ataxia (SARA) after eight weeks of treatment.


In addition, trigriluzole did not differentiate on the key secondary efficacy endpoint of Patient's Global Impression of Change (PGI-C). 50.8% of subjects treated with trigriluzole considered themselves improved versus 59.1% treated with placebo.